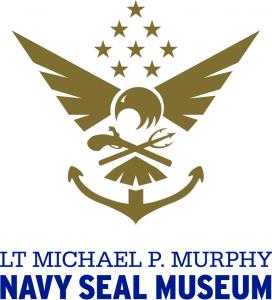 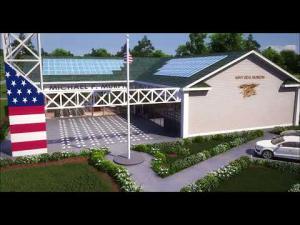 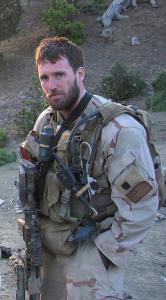 WEST SAYVILLE, NY, USA, October 22, 2019 /EINPresswire.com/ — The LT Michael P. Murphy Navy SEAL Museum and Sea Cadet Training Facility will debut the “Avenue of Heroes” on Tuesday, October 29, 2010 at 2:00 PM EST with a Ribbon Cutting and Sign Unveiling ceremony, followed by a series of “first-look” tours of the new Museum’s layout and content.

The Avenue of Heroes is lined by 20 Red Maple trees that honor the 19 fallen and the Lone Survivor of Operation Red Wings. 19 trees are dedicated to the Navy SEALs and Army Night Stalkers killed on June 28, 2005 in the mountains of Afghanistan. One tree is dedicated to the tragedy’s single survivor. Each tree features a plaque inscribed with the name, rank, branch of service, and dates of birth and passing of the fallen.

Following their remarks, Daniel Murphy and Vincent Calvosa, Museum Board Member and Director of Construction will offer the first tours of the Museum’s interior, providing a sneak peek at the planned layout, flow and exhibit content.

The Avenue of Heroes is the newly constructed road that leads to the entry of the LT Michael P. Murphy Navy SEAL Museum and Sea Cadet Training Facility. It is located off of West Avenue on the Grounds of Charles Dominy County Park, next to the Long Island Maritime Museum. Completion of the road marks the fourth major milestone reached in the construction of the Museum, which is on schedule to open in Spring, 2020.

About the LT Michael P. Murphy Navy SEAL Museum:
A national, not-for-profit 501(c)3 charitable foundation, the LT Michael P. Murphy Navy SEAL Museum is the only museum of its kind on the East Coast and just the second in the USA. Named in honor of LT Michael Murphy, the Navy SEAL and Medal of Honor Recipient killed in Afghanistan during Operation Red Wings in 2005, the museum is designed to educate the American public on the history and missions of our Special Operators and this elite branch of the Navy.

Featuring exhibits that commemorate and reflect all United States Naval Special Warfare Operators who have served and sacrificed for our country, visitors to the state-of-the-art facility will be inspired by an experience that establishes personal and emotional connections to our Navy SEALs. Through films, videos, exhibits and historical accounts as well as opportunities to meet and interact with the SEAL community, visitors will learn about the ideals and values that govern our Special Operators. Ultimately, the Museum will communicate an appreciation of what it means to put service above self and convey the meaning – and the price – of freedom.

The facility will also serve as the new home of the LT Michael Murphy Division of the United States Naval Sea Cadets Corps, a national youth leadership development program that promotes interest and skill in naval disciplines through leadership and technical programs modeled after the Navy’s professional development system.

Leading to the facility, the Avenue of Heroes is lined with 20 Red Maple trees to honor the Navy SEALs and Army Night Stalkers of Operation Red Wings:

About Operation Red Wings:
On June 28, 2005, during a mission known as Operation Red Wings, a four man Navy SEAL team led by LT Michael Murphy was compromised and attacked by more than 50 anti-coalition militia. A helicopter scrambled to extract them carrying eight SEALs and eight Army Night Stalkers was shot down, killing all on board. Of Murphy’s team, only Marcus Luttrell survived: 19 SEALs and Night Stalkers perished. Until recently, this was the worst single-day U.S. Forces death toll since Operation Enduring Freedom began and the single largest loss of life for Naval Special Warfare since World War II.