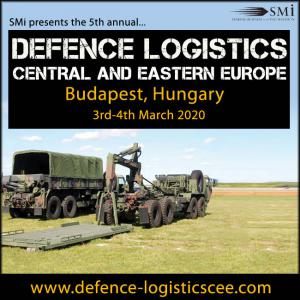 As the need for armed forces to enhance and maximise their logistical capacity continues to grow, and with the current political climate in Europe, it is now more important than ever that senior military officials meet to discuss planning, joint operations and allied interoperability, as well as engaging more closely and efficiently with industry. Increasing reliability, reducing costs, and exploiting new developments and the growing links between militaries, remains at the forefront of defence logistics as a means of providing critical operational advantages, and increasing allied effectiveness across the region.

The 5th annual Defence Logistics Central and Eastern Europe 2020, for the first time commencing in Budapest, Hungary, will bring together the key military logisticians from across the Central and Eastern European region and beyond. The conference aims to discuss new trends, crucial developments, and the methods, strategies, and procedures armed forces are increasingly pursuing for optimal logistics efficiency.

For those who would like to attend, there is a £400 early bird discount for bookings made by 29th November 2019. Registrations can be made at www.defence-logisticscee.com/EIN1

For details on tailored sponsorship and branding packages, please contact Sadia Malick on +44 (0) 207 827 6748 or email smalick@smi-online.co.uk