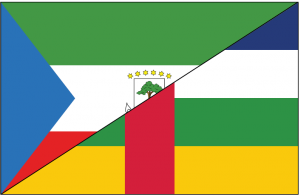 WASHINGTON, DC, UNITED STATES, January 15, 2020 /EINPresswire.com/ — SECURIPORT, the global leader in the design and implementation of civil aviation security, border management, advanced identification, and threat assessment systems today announced that a contract has been signed with the Central African Republic for the provision of Securiport’s proprietary Civil Aviation & Immigration Security Services (CAISS). The systems will go live during the first half of 2020.

As per the request by the Central African Republic, Securiport will be implementing proprietary software services and solutions as part of the CAISS system which includes a full biometric screening component to enhance current immigration control practices at M’Poko International Airport in Bangui.

“Border security is constantly evolving, and we are delighted to be able to provide the Central African Republic with state-of-the-art technology which supports their actions in meeting the United Nations Sustainable Development Goals. First and foremost, we are working to keep citizens safe and enhancing the security in the country. Securiport’s build-maintain-transfer business model delivers foreign direct investment with an emphasis on building a strong partnership with the local economy by creating new jobs and providing specialized training to border security and law enforcement officers in the field” said Dr. Enrique Segura, CEO & President of Securiport.

Simultaneously, after a decade in Equatorial Guinea, Securiport has successfully transferred all border security systems to the Government. As per the original build-maintain-transfer contract, the authorities have selected the transfer option. During the last decade Securiport’s systems assisted with capturing various criminals and identifying numerous persons of interest. In recognition of these security successes, Securiport received several awards including a commendation by INTERPOL for the dedication and services implemented to facilitate security operations in preparation for the Africa Cup of Nations in 2012.

“Securiport is extremely proud of our partnership and achievements with Equatorial Guinea. We would like to express our appreciation and gratitude that they gave us their trust to secure their borders with our technology and services for more than ten years” said Leandro Olie, Securiport’s Chief Operating Officer.

“Securiport would like to thank Equatorial Guinea for the opportunity and the long-lasting partnership. We look forward to continued collaboration on many more projects in the near future” said Dr. Enrique Segura, President & CEO.