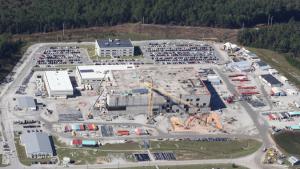 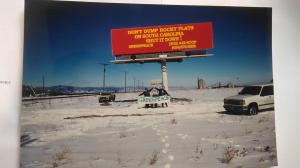 Citizens protest outside DOE’s Rocky Flats plutonium pit factory near Boulder, CO in 1992, with the call that the contaminated Rocky Flats facility, shuttered in 1989, not be dumped on SRS in South Carolina 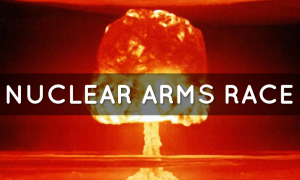 Production of new plutonium pits in the proposed Plutonium Bomb Plant (PBP) at the Savannah River Site and at new facilities at the Los Alamos National Lab, for unneeded nuclear weapons, poses the grave risk of new nuclear arms race

NNSA’s waste of taxpayer resources on nuclear war planning and the SRS Plutonium Bomb Plant (PBP) is misguided in the face of the threat that COVID-19 poses to us all.”
— Jay Coghlan, Director, Nuclear Watch New Mexico, Santa Fe, New Mexico

COLUMBIA, SC, USA, April 3, 2020 /EINPresswire.com/ — Today, in the middle of the growing coronavirus pandemic, the U.S. Department of Energy ignored the real national crisis and irresponsibly shifted its focus to planning for nuclear war, revealing plans to construct a Plutonium Bomb Plant (PBP) at the Savannah River Site (SRS) in South Carolina.

DOE’s semi-autonomous National Nuclear Security Administration (NNSA) today formally released the Draft Environmental Impact Statement for Plutonium Pit Production at the Savannah River Site in South Carolina, whose proposed action is to establish the production of plutonium “pits” (nuclear warhead cores) at SRS at a rate of up to 125 pits per year, with at least 50 pits per year by 2030 as the stated objective for now.

Conversely, the “No Action Alternative” in the draft EIS is to not establish pit production at SRS and instead “utilize the capabilities at [the Los Alamos National Laboratory] to meet the nation’s long-term needs for pit manufacturing,” which NNSA defines as being at least 80 pits per year.

As its core justification for expanded pit production, NNSA claims in the document that it “…needs to establish additional pit production capability and capacity to (1) mitigate against the risk of plutonium aging; (2) produce pits with enhanced safety features to meet NNSA and DoD requirements, (3) respond to changes in deterrent requirements driven by growing threats from peer competitors…” Draft SRS EIS, Summary p. 3.

In contradiction to this, in 2006 independent scientists found that pits last at least a century, with no fixed end date (the average age of pits is less than 40 years). Up to 20,000 existing pits are stored at DOE’s Pantex Plant in Texas and their reuse must be studied, according to the groups. Enhanced safety can be better achieved operationally while handling nuclear weapons, whereas major design changes to pits could undermine reliability and push the U.S. back into testing.

The groups note that the draft SRS environmental impact statement includes no discussion of the alternative of ending the looming nuclear arms race and halting implementation of a provocative $2 trillion nuclear weapons “modernization” program to refurbish or replace every nuclear warhead in the stockpile, along with new means to deliver them.

Given this year is the 75th anniversaries of the Hiroshima and Nagasaki atomic bombings and the 50th anniversary of the Non-Proliferation Treaty – and its failed disarmament commitments – the groups contend that real national security does not consist of more unneeded and costly nuclear weapons but more protection against such things as the pandemic that now threatens us.

The SRS Plutonium Bomb Plant (PBP) would be located in the partially finished, ill-constructed MOX Fuel Fabrication Facility that cost at least $7 billion before being terminated in 2018, with another $5 billion to repurpose it for bomb production by 2030. Along with the production of at least 30 pits/year at Los Alamos, the apparent goal is to replace all plutonium pits in the stockpile for the rest of this century (some 4,000 nuclear weapons, of refurbished and new designs).

SRS Watch, Nuclear Watch New Mexico and Tri-Valley CAREs, sister groups in the Alliance for Nuclear Accountability (ANA), have long asserted that before the SRS EIS is prepared that a nation-wide programmatic environmental impact statement is legally required to assess all pit production alternatives, such as the reuse of existing pits. The agency has refused to prepare that new PEIS, setting up the possibility of a lawsuit under the National Environmental Policy Act.

Tom Clements, director of SRS Watch, said “The draft EIS lacks justification for production of pits and totally fails to establish how SRS, which has zero experience handling or producing pits, could take on this complex task. Absent a substantive assessment of the difficulties in converting the MOX building into a Plutonium Bomb Plant, NNSA is setting the project up for the usual delays, cost overruns and eventual failure, while risking more plutonium being stranded at SRS.”

Marylia Kelley, executive director of Tri-Valley CAREs, noted “The draft plutonium pit EIS presents the public and decision-makers with a cursory and flawed document that minimizes likely harm to human health and the environment while ignoring superior alternatives. My organization and others submitted documentation that the ‘need’ for plutonium pit production in the 2030 timeframe is driven by a elective, new-design warhead at the Lawrence Livermore National Laboratory that would require pits unlike any in the current stockpile or storage. We requested that the DEIS consider the ‘need’ if new pit designs are not electively created, as is the case with Livermore’s W87-1 warhead. The DEIS dodges the question altogether, thus fatally flawing the analysis under the law.”

Jay Coghlan, Nuclear Watch New Mexico director, concluded, “NNSA’s waste of taxpayer resources on nuclear war planning and the SRS Plutonium Bomb Plant is misguided in the face of the threat that COVID-19 poses to us all. Pursuit of a costly new Plutonium Bomb Plant once again demonstrates the inability of the Department of Energy to provide real leadership in the face of the real national security threat, the coronavirus pandemic.”

This press release is available online at http://www.trivalleycares.org/new/PR-Pits-SRS-Draft-EIS-4-3-20.pdf and https://nukewatch.org/srs-eis-pr-4-3-20/