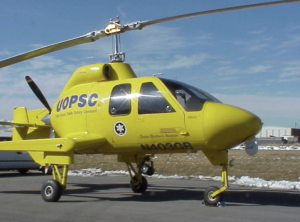 SALT LAKE CITY, UT, U.S.A., June 30, 2020 /EINPresswire.com/ — Skyworks Global Inc. (“Skyworks”), the global leader in gyronautics, announced that Dr. Marcelo Augusto de Felippes has joined the organization as Director of Business Development for South America. Dr. Felippes brings many years of international experience in transportation, logistics and aviation and will be based in Brasilia, Brazil.

Previously, Dr. Felippes was the CEO of Airship do Brasil, a premier manufacturer of aircraft using lighter than air technology in Latin America. Dr. Felippes also serves as CEO of Logistics International Associates (LIA), Special Adviser to the Secretary General of the Inter-American Chamber of Transportation (CIT), and has previously worked as a management consultant for major events including the 2011 Military World Games in Rio de Janeiro.

A retired Colonel in the Brazilian Army, Dr. Felippes spent much of his life working as a transportation, logistics, and aviation specialist, working on projects including administrative management of supplies, air transportation, flight equipment and special aviation services. Throughout his career Dr. Felippes has written an array of books, patents and technical articles that have been published in journals and periodicals throughout Europe and the Americas. He speaks English, Spanish, French and Portuguese, as well as some Russian, German and Italian.

Skyworks Executive Director, Brig. General (Ret) John E. Michel stated “We are thrilled to have someone of Dr. Felippe’s stature, experience and connections join our team.”

The initial focus in South America will be to introduce Skyworks’ Hawk 5 aircraft. The Hawk 5 combines the safety, reliability, and cost effectiveness of fixed wing aircraft with the runway independence of a helicopter. Utilizing an engine-driven pre-rotation system while the aircraft is on the ground, the Hawk 5 is capable of jump take-offs, allowing take-off from almost anywhere. With a rotor that is always in autorotation, in the unlikely event of complete engine failure, the Hawk 5’s rotor continues to rotate, leaving the pilot in complete control to safely land. With no powered rotor in flight and no antitorque equipment, the Hawk 5 has none of the periodic maintenance or lost business days associated with these systems, leaving the owner with lower costs and higher reliability. Coupled with the flying simplicity of fixed wing aircraft, the Hawk 5 is a workhorse.

Dr. Felippes stated that “The current Covid-19 related damage done to economies globally is constraining both government and private sector budgets, making it difficult to afford the high operating costs associated with helicopters. The introduction of Skyworks’ economical gyroplanes, like the Hawk 5, is particularly timely.”

Skyworks Global is the world leader in gyronautics, the study and design of sustained autorotative flight represented by the company's gyroplane technology. Skyworks has more than 40 patents with several more underway, all obtained in an effort to radically change not only the way gyroplanes are perceived, but also the way they are utilized. From mass personnel transportation, agriculture, and border protection to literally changing the economies of developing nations, Skyworks' goal is to change the paradigm of aerial technology. For more information about the company, its products, and individual members of the Skyworks team, visit www.Skyworks-Global.com