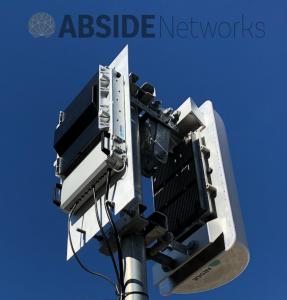 “We are pleased to introduce the new Bastion Gen3 that supports non-3GPP LTE frequency ranges of 1780 to 1850 MHz, 2200 to 2290 MHz, and 4400 to 5000 MHz from a single RRH with a completely integrated antenna. Amarisoft has been instrumental in enabling LTE features which are usually left aside by other LTE software vendors; this enabled Abside to deliver fully compliant LTE solutions tailored to our customers’ missions,” said Laurent Perraud, Abside CEO. “The new Bastion Gen3 features 760 MHz of total addressable spectrum across 14 custom non-3GPP LTE bands from a single SKU item. This, plus powerful software upgrades provided by Amarisoft including both FDD and TDD operation across all three frequency ranges, makes Bastion Gen3 eNB our most capable eNB ever and is ready to serve our government agency customers in PMR, defense, and private networks.”

“Amarisoft 4G software technology brought the required flexibility to Abside to accelerate its roadmap and ensure the quality of its product” said Franck Spinelli, Amarisoft CEO. “A smooth journey from prototyping to the product is the commitment of Amarisoft to its successful customers.”

The Abside Networks’ Bastion Gen3 eNB is the second LTE infrastructure device to come to mass-market via the Abside/Amarisoft collaboration. The Bastion Gen3 eNB is a robust (+2 Watt / +33 dBm) ruggedized IP65, extended temperature (70℃) eNB operating across 750+ MHz of non-3GPP bands in either FDD or TDD modes and supporting LTE standard bandwidths of 1.4, 3, 5, 10, 15, and 20 MHz. Bastion Gen3 is also designed to counter interferences from challenging radio environments. The Bastion Gen3 supports peak data rates of DL 150 Mbps with 2X2 MIMO and UL 50 Mbps with 1X2 MIMO within a single sector. Additionally, Bastion Gen3 is fully interoperable with Ravelin, the Abside uE that also supports non-3GPP LTE frequency ranges of 1780 to 1850 MHz, 2200 to 2290 MHz, and 4400 to 5000 MHz for a combination of 760 MHz of total addressable spectrum across 14 custom non-3GPP LTE bands in either FDD or TDD modes.

The Bastion Gen3 is based on Amarisoft’s 4G software technology that has proven its stability over the last 5 years. The combination of Abside knowhow and Amarisoft’s experts shows how a full software based solution can be effective, fast, flexible, and reliable.

About Amarisoft
Amarisoft is delighted to bring some affordable and very high quality solutions to the 4G/5G community to unleash creativity and ultimately expand communications among people. Accessible technology is the bedrock of success stories. Our goal is to develop a technology that significantly improves the life of as many people as possible no matter where they are located. We are working on helping companies of all sizes to become players in mobile networks of existing and next generations. Visit Amarisoft online at www.amarisoft.com.

About Abside Networks
Founded in September of 2012, Abside has developed and delivered multiple generations of LTE communications systems. Their mission is to become a major supplier of private wireless network equipment specializing in non-3GPP frequencies. Abside began with specialized designs of custom RF front-ends for 4G LTE base stations for customers deploying public networks. Abside then developed its own end-to-end product lines, targeting private networks with specialized and non-3GPP 4G LTE products. Abside Networks is based in Concord, MA, USA. Visit Abside online at www.abside-networks.com.