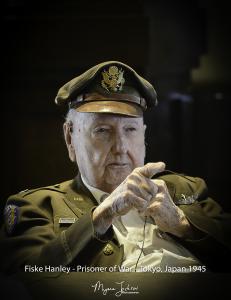 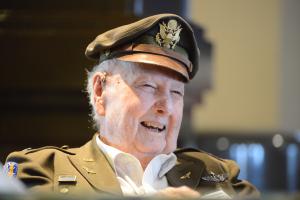 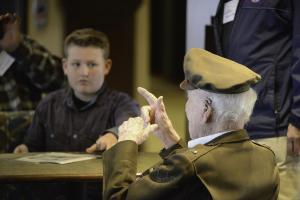 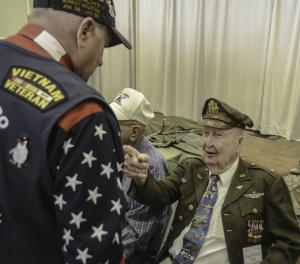 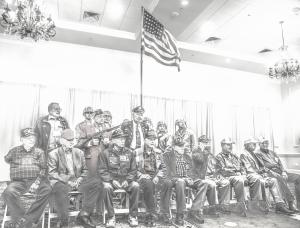 He was a friend to many, a Hero to all”
— Myers Jackson

Early in the afternoon on Sunday, August 9th came the saddening news of the passing of one of our nation’s heroes and a dear friend, Fiske Hanley II.

Born in Brownwood, Texas and raised in Fort Worth, young Fiske Hanley spent his days dreaming of flying airplanes. Therefore, following graduation from Paschal High School in 1938 he went on to earn a bachelor's degree in Texas Tech’s new aeronautical engineering in 1943.

A year earlier he had received word he had been selected to serve in the Air Force although he was given allowance to graduate first. So following graduation In 1943 Fiske left for basic training in Boca Raton. There he would become commissioned a second lieutenant and assigned as a B-29 flight engineer with the 504th Bombardment Group (HV) .

Soon he was involved in bombing missions over Japan. Unfortunately, the seventh mission resulted in his plane being shot down. Sadly he did not parachute to safety. Instead he landed on Japanese soil being captured by the Japanese Kempeitai. Yet, he was not held prisoner as just a POW. He was considered a special prisoner of war because he was a flight engineer of the B-29 super fortress. 64 men from his mission joined him in the POW camp. In all, 2000 prisoners were held there.

For six grueling months Fiske suffered at the hands of the Kempeitai. He endured severe starvation seeing as how special prisoners received less rations than POW’s. In addition to torture, he received no clothing, no personal hygiene products and no medical care. Many times Fiske wondered why he was chosen to survive while so many perished. He continued to survive 14 different situations which should have killed him.

“Once even speaking with a preacher at a church he had spoken at. That preacher told him, ‘because God wanted you to tell what happened and that is what you are doing, Mr. Hanley,’” said Mark Donahew, President of Roll Call in Fort Worth where Fiske was a member. Of the 2000 prisoners with him, only 60 survived to walk out the day they were liberated on August 29, 1945.

After returning home Fiske would become employed for General Dynamics as an engineer. He would remain with the company until his retirement 44 years later. Also after returning home he experienced Post Traumatic Stress Disorder in the form of nightmares that haunted him in the middle of the night. As a means of dealing Fiske would resort to putting those terrors his mind was revisiting onto paper. The resulting product would be his first book “Accused American War Criminal”.

In fact, the first time I met Fiske Hanley, I was at the Sky Ball, an event sponsored by the Air Power Council in Fort Worth, another in which he was a member. I remember looking at an auction item of a photo of General Douglas MCArthur. From behind me came a voice saying, “I don’t like that man (he actually said SOB), but I sure like your hat,” as I turned around. Turns out it was Fiske Hanley. Fiske despised McArthur for wanting to keep the POW’s for a longer period of time. Each time I saw Fiske afterward I was greeted with a warm smile. He enjoyed sharing his war stories with any who would listen. I loved listening to them! He would grab the attention of those listening, young and old, as he told his stories with such intensity.

Recently he and I, working with his longtime friends Brent Casey and Mark Donahew, had created a challenge coin which included his photo one one side the B-29 on one the other. Knowing that Fiske Hanley did not have a challenge coin of his own, it was my hope to get this coin produced and to him this month for the 75th liberation anniversary. It was important to me that I be able to place this in the hand of an American Hero!

It comes with great sadness to learn of Fiske’s passing earlier today. Though having known him only a short while, I know without a doubt that he was a friend, unwavering in his willingness to help others. His daughter is planning a private ceremony at Greenwood for family and close friends.

Myers Jackson is a United States Marine Corps Veteran and the CEO of the USVET.fund Inc. He supports Veterans and Veteran Organizations in fundraising efforts in the United States. ###