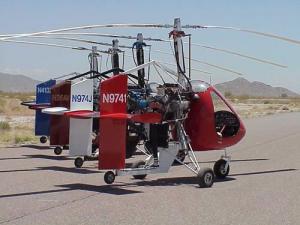 This partnership will allow Skyworks to meet the need, not only for kit builders in the United States and internationally but for police and border patrol as an eye in the sky or a force multiplier.”
— Jack Carter, Skyworks Global Director

SALT LAKE CITY, UTAH, U.S.A., September 11, 2020 /EINPresswire.com/ — Skyworks Global Inc. (“Skyworks”) and Airo1 LLC (“Airo1”) are announcing an agreement for Airo1 to produce SparrowHawk III kits for American Autogyro Inc., a subsidiary of Skyworks. This agreement will restart SparrowHawk production in response to demand for the aircraft from both domestic and international customers.
In order to celebrate the start of the agreement, Skyworks will offer a discounted price to the first 10 customers. The normal price is $69,500 and the first ten customers will receive a price of $59,900. Interested customers can contact Skyworks at: info@skyworks-global.com.

The SparrowHawk III is a quick-build gyroplane kit developed and sold by American Autogyro. With approx. 100 kits delivered and thousands of flight hours, the SparrowHawk III provides a unique, elegant, safe design that delivers high reliability and low operating costs, making it particularly well-suited for hobbyists and aviation enthusiasts. The home-build kit provides everything needed to fly except fuel (and the pilot!).

Airo1 will offer commercial assistance for building the kits. Airo1 will also provide after-market support and replacement parts for the aircraft.

Prior to the introduction of the original SparrowHawk Gyroplane, the homebuilt gyroplane kit industry had a poor reputation due to accidents. The majority of these could be attributed to flawed designs that misplaced thrust vectors. The SparrowHawk corrected this issue by introducing the innovative “center-line-thrust” placement of the propeller and appropriately aligning the rotor thrust vector.

Over the next several years, other gyroplane manufacturers adopted centerline thrust (others left the market) and the accident rate declined. As a result, the gyroplane market has experienced significant growth and renewed interest.

American Autogyro is building out a distribution network, recently announcing the introduction of distributors in countries such as Brazil and Australia.

According to Airo1’s CEO, Mark Miner, "We are very excited to bring the SparrowHawk back into production.”

"We are pleased with the partnership with Airo1 on the SparrowHawk," stated Skyworks Global's Director, Jack Carter. “This foundation will allow Skyworks to meet the need, not only for kit builders in the United States and internationally but for police and border patrol as an eye in the sky or a force multiplier.”

About Skyworks Global:
Skyworks Global Inc. is the world leader in gyronautics, the study and design of sustained autorotative flight represented by the company's gyroplane technology. Skyworks has more than 40 patents with several more underway, all obtained in an effort to radically change not only the way gyroplanes are perceived, but also the way they are utilized. From personal transportation, agriculture, defense, and border protection to changing the economies of developing nations, Skyworks' goal is to change the nature of vertical flight. For more information about the company, its products, and individual members of the Skyworks team, visit www.Skyworks-Global.com