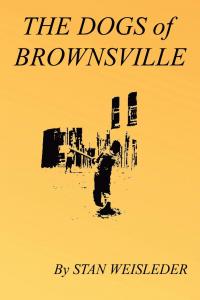 Is about arriving in Las Vegas to participate in the changing of the guard from the Mob to Howard Hughes to Corporate America.

LAS VEGAS, NEVADA, UNITED STATES, January 7, 2021 /EINPresswire.com/ — Finally, a novel that is filled with gratuitous sex and overflowing with profanity that has no redeeming social values whatsoever.

“The Dogs of Brownsville” is a historical novel that is ripped from the headlines of the past seventy years, told in Godfather fashion, about a handful of guys, and girls, that make it out of the ghetto of Brownsville and arrive in Las Vegas in time to witness and participate in the changing of the guard from the “Mob” to Howard Hughes to corporate America.

The novel traces the lives of Lawrence Cohen or Mongoose and his boyhood friends, Ringo, Solly, Mo, Scumbag and Charlie the Man together with Eunice and Yetta, the ex-wife of a Rabbi who runs a “bunny ranch” in Pahrump, NV, and her daughter Wylie who becomes a Navy jet pilot. Mongoose, who is in charge of the gaming activities for the Desert Winds Hotel and Casino works for Frank Rothman, the “Wizard of Odds” and Ignacio Baldacci or Balsy, reunites with Eunice who has become a successful showgirl under the name of Venus. At first she ignores him but softens after he is almost killed in a car bombing. As their relationship develops Mongoose is haunted by her prior connection with Tommy DiMeglio who he must deal with and “make his bones” with Funzi Santucci as he was responsible for the car bombing. The novel concludes with the partnership between the Desert Winds and Stanley Ho, the richest man in Asia, to establish the Pacific Winds Hotel and Casino in Macao in time for the new millennium in the Year of The Dragon.

BIO: Stan Weisleder worked as an Actuary for most of his life. When he decided to retire it wasn't to sit on the back porch and watch the grass grow. He became a cop and put in 23 years with the Los Angeles Sheriff's Department, most of that time as a reserve Detective with the Child Abuse Unit of Special Victims about which he could tell you a lot of stories as well as having the distinction of being the oldest one to have graduated from their Academy. He also had his own internet radio program for three years where he interviewed people in the arts and entertainment, "The View From Over Here". One of his books, "A Killer of Lions", is the only novel ever written about the four squadrons of black fighter pilots during WWII that had to fight two Air Forces in order to be recognized, the Luftwaffe and the US Army Air Corp. Stan is also available as a speaker on what to do after you retire.