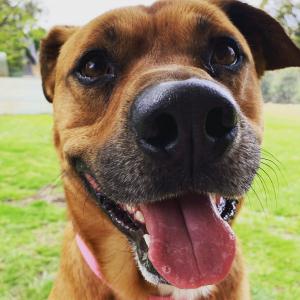 WASHINGTON, DC, UNITED STATES, July 27, 2021 /EINPresswire.com/ — Late last night, the U.S House Committee on Rules advanced an amendment led by Reps. Kathleen Rice, D-N.Y., Brian Fitzpatrick, R-Pa., and Kurt Schrader, D-Oregon, designed to fund better inspections and streamline operations fulfilling the Centers for Disease Control and Prevention (CDC) declaration in the federal register that more resources must be provided for FY22 to lift a ban on canine imports from 113 countries. The measure is amendment number 39 to H.R. 4502, the federal spending bill that will fund the CDC for 2022, being voted on later today.

“Animal Wellness Action is grateful to members of Congress who responded to our request to assist the CDC during these unprecedented times,” said Jennifer Skiff, director of international programs at Animal Wellness Action and the Center for a Humane Economy. “We must act aggressively and urgently on zoonotic diseases. This amendment is an important action that supports global health for people and animals.”

The amendment, recognizing the value of good rabies prevention work, provides capacity for CDC to work with other federal partners for a proper screening program to keep dogs safe on the domestic front while not impeding vital animal rescue work abroad.

“We applaud Reps. Rice, Fitzpatrick, and Schrader for championing this effort and the Members of Congress who joined in cosponsoring – there are countless rescue dogs in limbo all around the globe as a result of the CDC’s new policy.” said Marty Irby, executive director at Animal Wellness Action. “Our American heroes should not be separated from their pets, especially in post-combat situations where their dutiful service has kept Americans safe from harm. This amendment will provide much-needed funding to properly streamline canine imports into the U.S.”

U.S. Diplomats working abroad who did not return before the July 14th suspension deadline are being forced to consider leaving their pets behind in foreign countries if the CDC does not grant them exemptions.

“U.S. service members frequently adopt dogs they befriend while deployed abroad; SPCA International has helped to safely bring more than 600 such dogs into the United States to live with their service member,” said Lori Kalef, Director of Programs, SPCA International. “These rescue dogs can be a lifeline, bringing service members joy and respite during long deployments. We support the modernization of the dog importation process to ensure the health and safety of all dogs in the U.S., and we thank Representative Rice for her leadership on this issue. We urge Congress to work with the CDC and adopt this amendment swiftly.”

“We've been working with Representative Rice on this issue and applaud her efforts in taking the lead on the Amendment,” Jeffrey Beri, Founder, No Dogs Left Behind. “No Dogs Left Behind fights on the front lines every day in East Asia, rescuing dogs from terrible situations. The CDC’s dog import suspension is a catastrophic blow to rescues who have made it their mission to help animals globally.”

“The announcement of a bipartisan amendment to end the CDC ban on animal imports will allow us to get back to work saving lives internationally as well as uniting service men and women with the dogs they’ve rescued while deployed,” said Zach Skow, founder, and director of communication at Marley’s Mutts.

This bipartisan amendment seeks to provide $3,000,000 to fund inspections and streamline the process for importing canines into the U.S. It increases funding for CDC's Emerging Zoonotic and Infectious Disease account with the intent of preventing the reintroduction of canine rabies virus variant into the United States while supporting CDC modernizing its dog import program to see it fully functional and operating.

The lives of thousands of dogs at risk in foreign nations are in even greater jeopardy because of an overreaching action by the Center for Disease Control (CDC) to severely restrict imports of dogs from 113 countries. Dozens of American animal welfare groups have dogs in the pipeline for rescue and placement in loving homes in the U.S.

Many of these nations have undeveloped animal care programs, and private humanitarian efforts originating in the United States are a lifeline for tens of thousands of dogs every year. Much of that work is in jeopardy because of the CDC rule.

This is a case of CDC not doing a proper risk assessment. The CDC estimates 1 million dogs are imported into the United States annually, but since 2015, there have only been three cases of canine rabies entering the country – just one case every two years. In a nation with its own live wildlife markets and mink farms – both of which pose immediate threats to public health because of their capacity to spill over zoonotic diseases to people and wildlife — CDC should focus more energy on addressing those problems.

Animal Wellness Action (Action) is a Washington, D.C.-based 501(c)(4) organization with a mission of helping animals by promoting legal standards forbidding cruelty. We champion causes that alleviate the suffering of companion animals, farm animals, and wildlife. We advocate for policies to stop dogfighting and cockfighting and other forms of malicious cruelty and to confront factory farming and other systemic forms of animal exploitation. To prevent cruelty, we promote enacting good public policies, and we work to enforce those policies. To enact good laws, we must elect good lawmakers, and that’s why we remind voters which candidates care about our issues and which ones don’t. We believe helping animals helps us all.

The Center for a Humane Economy (“the Center”) is a non-profit organization that focuses on influencing the conduct of corporations to forge a humane economic order. The first organization of its kind in the animal protection movement, the Center encourages businesses to honor their social responsibilities in a culture where consumers, investors, and other key stakeholders abhor cruelty and the degradation of the environment and embrace innovation as a means of eliminating both.

The Animal Wellness Foundation (Foundation) is a Los Angeles-based private charitable organization with a mission of helping animals by making veterinary care available to everyone with a pet, regardless of economic ability. We organize rescue efforts and medical services for dogs and cats in need and help homeless pets find a loving caregiver. We are advocates for getting veterinarians to the front lines of the animal welfare movement; promoting responsible pet ownership; and vaccinating animals against infectious diseases such as distemper. We also support policies that prevent animal cruelty and that alleviate suffering. We believe helping animals helps us all.